The Twisted Ones and The Hollow Places by T. Kingfisher 📚

I read the first of these books in installments over the last few weeks, and then the second while traveling on a recent out of town trip. They are two of a pair, both horror-fantasy stories, both told entirely in first person, and both about traveling outside the bounds of the commonplace world. I greatly enjoyed several of the author’s other more fairy-tale oriented fantasies, and wanted to give these a try.

In The Twisted Ones we follow Mouse as she travels back to her late grandmother’s house to clear out the remains of a long secluded life, a task which she is taking on accompanied only by her dog, and which turns out to be much more complicated than she anticipated in several ways. First, her grandmother was a hoarder, with piles of old newspapers, boxes of useless objects, and an entire room filled with creepy old dolls; but although at first this has the feel of a ghost story, she quickly learns that the otherworldly events which she encounters are of a different kind altogether, as she follows her dog up a mysterious path and ends up in a different place, with hills and strange standing stones, clearly not part of the flatlands near the house. The rest of the story is clearly Mythos-adjacent, as she has to make difficult decisions on how to deal with the strange and unexpected encounters on the other side. As with the author’s other fantasies the world building is first rate, the other world is very other, the characters are engaging, and the writing excellent.

In The Hollow Places we follow Carrot as she travels back to her uncle’s combination house and museum of oddities to act as caretaker while he is in the hospital for knee surgery, and yes this does sound suspiciously similar to the other book. The museum itself put me in mind of the Mystery Shack from Gravity Falls (if you haven’t watched this excellent animated series you should give it a try), but the invasion of the otherworldly is even more threatening, and the peril to Carrot and her companion even more dire. This version is even more Mythos-influenced, and the thread of the story even more convoluted, taking a number of unexpected turns (although yes, the maguffin does turn out to be the obvious one, not much of a spoiler I’m afraid). We spend more time in the other world, which takes on a much larger and more inhuman dimension which is as horrifying as any Mythos stories I have read, and better thought out than most.

There are other parallels between the two plots (and other works in the genre); both make use of quotes from books written by unknown persons in the past, which give hints and portents about what is to come; both protagonists are supported by plucky sidekicks; and given that both are first person, we know that Mouse and Carrot will make it through so that they can write down their own stories. One thing I don’t think they share is a common universe; although they share many Mythos elements, they are not part of that world, or even of each other’s; the other worlds which we encounter are too different and unique to fit together cleanly.

Recommended if you like either the author or the Mythos; even more so for both. 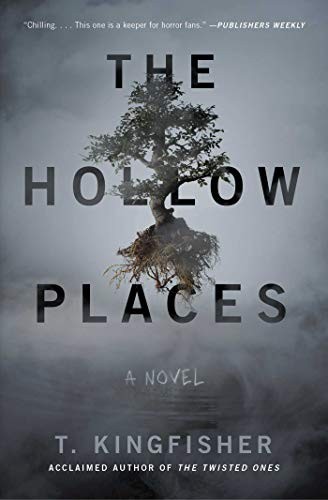