Nettle and Bone by T. Kingfisher 📚

This is a delightful book, a post-modern fairy tale with engaging characters, a tangled plot, and flowing, seemingly effortless prose, set in a world of ghosts, curses, and occasional blessings. It is true that the main protagonist is a princess blessed by a godmother, but from the moment we meet her in the first chapter attempting the impossible in a haunted land it is clear that she doesn’t fit the mold of most fairy tale heroines. She has two older sisters and an overworked and overbearing queen as a mother, but none of them are particularly evil, and she herself is an introverted and retiring person who does not feel comfortable in her own skin. We soon learn that she didn’t seek out her quest, but had it thrust upon her after years of quiet living in a convent, far from the pressures of court.

But once she learns of the dire circumstances of her sister’s life, married to a powerful prince in a much larger nearby kingdom, Marra realizes that she is the only one who can possibly rescue her sister, and ultimately herself, from violence and death at the hands of this unworthy ruler, who is protected by ancient magics and a standing army. All she has to do is leave the sheltered life of the convent, alone and by herself, and find magic powerful enough to overcome the prince without losing her sister or her own life. She knows that this is impossible, but sets off none the less, eventually finding a somewhat crabby witch who sets her several impossible tasks in order to earn the witch’s assistance; but by now we are starting to learn that Marra is not a person who gives up despite impossible odds.

There are many scenes of magic and derring-do as she recruits a motley band of companions to help her on her quest, but one which sticks with me is the visit to the Goblin Market, a place outside the realm of men populated by strange creatures of fey and enchantment, where she bargains for help and has to make payment in truly terrifying fashion. The visit to the Market makes clear that magic in this world is a wild and unpredictable force, and that humans are best to avoid its snares; but Marra is faced with an impossible quest, and magic is her only path.

As with all fairy tales there is a satisfactory resolution at the end, but as with most such tales the real heart of the book is the journey itself, the revelations, both dynastic and personal, which lead to the resolution, and the many moments of whimsy, enchantment, and character development along the way. 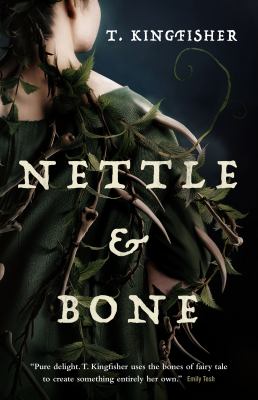