Who doesn’t love a fleet of multigenerational interstellar ships? At the beginning of this story the people of Earth are united in peaceful cooperation and decide to launch several such fleets towards a variety of objectives scattered across the galaxy, each mission to take centuries of ship time (despite superluminal technology) while the Earth itself experiences millenia of elapsed time. What could possibly go wrong?

I found the structure of this book the most interesting part, as it is a sequence of shorter stories across the generations of one such fleet comprising the Noumenon mission to explore a strange variable star. Each chapter captures the defining events of the current generation of the artificial society created with the intention of keeping the fleet focused on their mission, using cloning technology in an attempt to maintain a consistent set of skills and capabilities over the long voyage. Each chapter focuses on a different central character, who often reappear as later clones in subsequent sections.

But the theme of the book is less about the exploration of the galaxy and more about how the plan of cloned uniformity breaks down, often in spectacular ways which put the characters and indeed the entire fleet in danger of death and failure. There is also a very strong and unsavory flavor of eugenics in how the society is created and how it fractures, reaching the nadir as a horrifying caste system. One would like to think that a starfaring people would know better than to take this path.

In the end there is a reasonable resolution, but by then so many terrible things have happened that anything other than complete disaster seems like a relief.

Still not sure about this one. 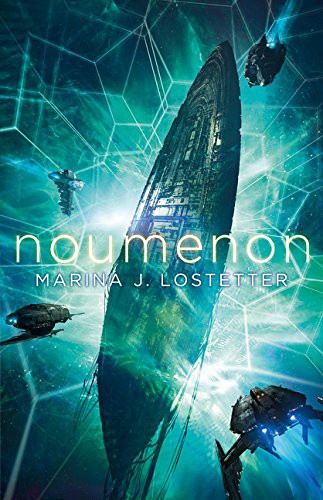