The Ruthless Lady's Guide to Wizardry by C. M. Waggoner 📚

I picked this book from a list of random fantasy novels on the library ebook search page before heading out on our trip solely on the basis of the title, as one does. It turns out to be a somewhat strange and meandering combination of fantasy, murder mystery, and heist caper with questionable morals (as advertised by the use of “Ruthless”). It is told from the point of view of young Dellaria Wells, whose disadvantaged upbringing has left her in difficult circumstances, without a job, behind on the rent, and largely responsible for supporting her single mother, whose situation is even worse due to her addiction to a magical form of laudanum. All this is about to change, as Delly turns out to be a wizardly prodigy of considerable abilities, and when circumstances force her to take a job as a magical bodyguard she quickly rises to the occasion, exhibiting pluck and bravery, making snarky remarks, and forming a bond of affection with the other members of the ragtag team which she is thrown in with.

The exact path by which this transformation in her fortunes takes place is confusing, with an early murder kicking off a search for the escaped murderer, which quickly transforms into a magical caper to infiltrate the drug underworld, assisted by an undead mouse animated by the spirit of a dead wizard (and I never did figure out where he came from), while at the same time Delly is trying to spark a romance with a decidedly upper-class co-worker. The main focus is on the interaction between the various members of the team, and not so much on the inherent logic of the plot, but the characters are interesting and distinctive, so this is all to the good.

The fantasy world which the author has created provides an interesting background; the action takes place in and England-analog setting which includes both several different types of magic (fire, necromancy, illusion, and so on) at the same time as pistols and locamotives; there are landed gentry in the country and crowded tenements in the city, with a ruling class based on magical aptitude of the “right sort” of wizard, which Dellaria is definitely not. I suspect that I would know more of the backstory if I had read the author’s earlier novel Unnatural Magic; these are both marketed as “YA” books despite some pretty dark happenings (murder, drug addiction, necromancy) but I found this one a quick and easy read. 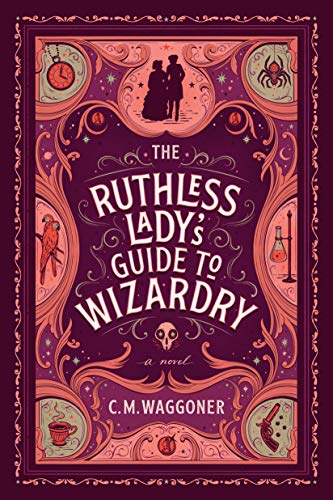