Speaking of shorter books, here is the latest novella in the Murderbot Diaries, according to the blurb a prequel to the recent novel Network Effect but really more of a stand-alone entry which happens to be set in that particular time period.

Here we find Murderbot playing the role she was clearly built for, that of the hard-boiled consulting detective forced to work alongside the authorities (in this case Station Security) to unravel a tangled and sometimes dangerous murder case. It’s a natural fit, with the first person wry commentary of the artificial protagonist leading the reader through the twists and turns as new characters and situations are introduced in rapid succession.

There is less combat than in some of the previous outings, which is all to the good in this case, as it leaves more room to explore the world of Preservation Station and for Murderbot to interact (often reluctantly) with humans, bots, and various ship pilots. The murder mystery itself if almost tangential to the story, but (as is required by the hard-boiled genre) it is resolved in the end, in no small part thanks to the skill and persistence of Murderbot.

If you haven’t read any of these I would definitely recommend going back to the first novella and working forward, as there are many references to previous characters and events. But as part of the series this is a real page turner. 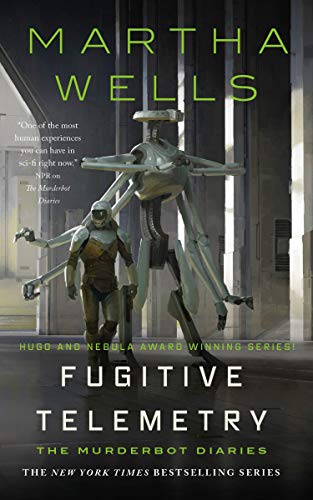